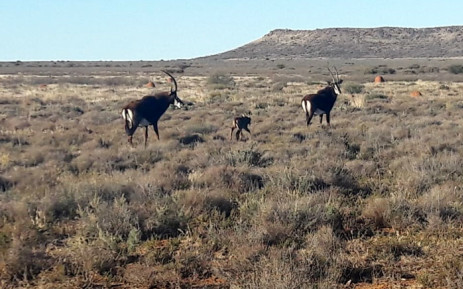 Parts of the country have been affected by consecutive years of abnormally hot weather and below-average rainfall that has scorched grazing lands and dried up watering holes since 2015, the driest year on record.

Industry body Wildlife Ranching South Africa (WRSA) estimates the Northern Cape province has lost more than two-thirds of its game over the last three years. It is conducting a countrywide survey to determine the scale of animal losses and the financial impact on the country’s more than 9,000 wildlife ranches.

“It’s been an extraordinary drought,” said WRSA chief Adri Kitshoff-Botha. “It’s not a one-year or two-year drought. In some areas, we’ve seen it has been going now for six years.”

Trophy hunting alone generated R2 billion in 2016, according to research carried out for the environment ministry.

Southern Africa’s temperatures are rising at twice the global average rate, according to the International Panel on Climate Change, and in much of South Africa the level of water in reservoirs is dwindling.

For Burger Schoeman, manager at Northern Cape game farm Thuru Lodge, the withered vegetation and parched ground are a serious concern for the sector.

Once home to around 4,500 wild animals – including 35 different species, from antelope to rhino – the lodge has lost around 1,000 animals due to drought. Carcasses are piling up in abandoned mines on the edge of the property.

“At this stage, we are quite stretched. All the money you get from selling the animals, meat and all of that, gets put straight back into the property to look after the rest of the animals,” Schoeman said.

The lodge has seen costs rise as it buys in additional feed for the animals, but hunters are paying less and fewer tourists are coming as the animals are in worse condition.

At the 48,000-hectare Karreekloof Safari Lodge in the same province, rangers come across carcasses every week.

“Nobody wants to buy the game, because they also (are experiencing) … the same drought,” said farm manager Gideon Watts, adding that his farm received a quarter of its usual rainfall this season.

The industry has seen a decline of around 20% in tourist numbers over the past year, said WRSA’s Kitshoff-Botha.

The drought has also hit the rest of the region, with Botswana, home to almost a third of Africa’s elephants, seeing more than 100 of the creatures die in two months last year.