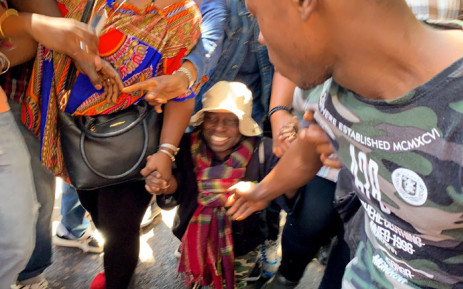 One of the leaders of a group of foreign nationals living in a church has been released on bail.

Papy Sukami was arrested last week for robbery and assault. He appeared in a Cape Town court on Thursday.

Sakumi has been representing foreign nationals who have taken shelter at a church in the city centre since last year November. Hundreds of people are camping inside and outside the UN Refugee Agency, hoping it will help them return home or go to a safer country. Many have told Eyewitness News SA’s xenophobic violence has made them afraid to live in the country.

He was released on R2,000 bail, and is not allowed to visit the Cape Town CBD unless granted permission from the investigating officer in his case to go to Home Affairs offices only. He was accused of mugging two people in October.

As he left court, he was escorted by a group of supporters who chanted, “our rights, we are not criminals”.

Sakumi said despite his arrest, he was doing well.

“I am fine, but Pollsmoor is not in good condition. They must close that prison.”

His case was postponed 13 March.

The post Leader of Foreign Nationals Released On Bail appeared first on iAfrica.com.