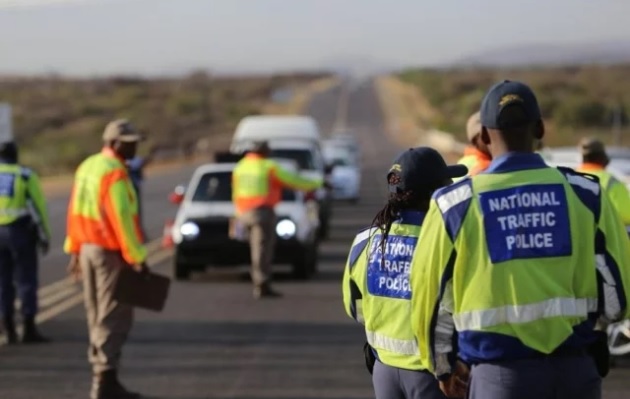 With Transport Minister Fikile Mbalula pledging to cut the festive season road death toll by 10% this year, motorists across South Africa can expect to encounter more roadblocks and traffic officers over the holidays.

But as much as they may seem like an inconvenience, roadblocks and being pulled over by traffic officers are to ensure safe roads for all road users.

South Africa’s road accident injury and fatality rates are unacceptably high, and everyone needs to play their part in trying to reduce the number of accidents that happen on the country’s roads. That includes not seeing roadblocks or being pulled over by a traffic officer as a necessary evil, but as important tools for helping keep all road users safe.

That said, MiWay understands how roadblocks can appear inconvenient when you are mired in traffic while on your way to work, rushing to the shops, or en route to your holiday destination

So MiWay’s seven tips to help you get through a roadblock are:

Verify the roadblock / traffic officer
As a road user, you also bear the responsibility of ensuring your own safety at a roadblock or after being pulled over. You have the right to ask for identification and a written authorisation certificate signed by the National or Provincial Police Commissioner from police officers to verify the operation at a roadblock. If you are a woman driving alone and are being asked to pull over but are scared for your safety, indicate to the traffic official that you will drive to the nearest public place and pull over there.

Make sure your vehicle is roadworthy
Being on the road is safer when using a certified roadworthy car. So, get your car checked before your long festive season journey. If you are stopped with a non-roadworthy car at a roadblock, you will not be allowed to continue with your trip as you are considered a road risk.

Make sure your number plates are visible
All vehicles are required to have two number plates – one at the back and one at the front.
South African law states that it is illegal to obscure a vehicle’s number plate (with only temporary obstructions like bicycle racks allowed), and traffic officials warn that using reflective  spray or other measures could lead to charges of defeating the ends of justice.

Make sure your car licence has not expired and your driver’s licence is valid
In addition to ascertaining the roadworthiness of your vehicles, roadblocks are also used for finding unregistered vehicles (those without valid licences) and for motorists driving without a valid licence. So be sure to make sure both are valid before hitting the road this festive season.

Know what you can and can’t get arrested for
Arrests can be made at a roadblock, but you can avoid finding yourself inside the back of the police van by being compliant and following the road rules. Should you find yourself in an arrest predicament for any of the following, you need to be informed of your rights as a South African citizen:

·        Overdue unpaid fines (with a warrant issued against you); and

·        Physically or verbally assaulting an officer.

Traffic officers may not force you to pay an outstanding traffic fine at a roadblock. They are entitled to:

More information on your rights pertaining to unpaid fines can be found at https://www.miway.co.za/site_files/blog/docs/Traffic_Fines_-_MiWay.pdf

Gather evidence if need be
Should you find yourself in a situation where your rights are being violated, take down as much information as you can. For instance, the officer’s badge number or the vehicle number that is on the side of their patrol car. In South Africa you have the right to film (or record) the officers that you believe are acting unlawfully – this is a good way to gather evidence.

The post How To Navigate Roadblocks This Festive Season appeared first on iAfrica.com.