A team of students at the University of Cape Town Graduate School of Business has won the John Molson MBA International Case Competition https://www.businesslive.co.za/fm/fm-fox/2020-01-17-cape-town-wins-global-mba-crown 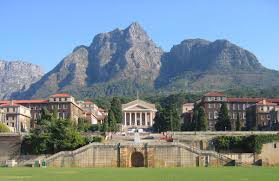 A team of students at the University of Cape Town Graduate School of Business (UCT GSB) has won the John Molson MBA International Case Competition, the oldest and largest MBA company analysis competition in the world.

The theme for this year’s competition, which took place between January 6 and 10, was “The future of business”.

The team was led by Johannes Schueler, a senior lecturer on the MBA programme. He says entry each year is limited to 36 schools.

“The barrier for entry is high. The competition gave the UCT GSB, as the only business school from Africa, the opportunity to demonstrate its competence and strengthen its standing in the international context. I’m particularly proud of the fact that an African business school has prevailed against heavyweight competition from all over the globe.”

“Our team was amazing and hard-working,” says Ghai. The win has been “eight years in the making”, she adds.

“We took the responsibility of representing not just our school and country but also the entire continent very seriously.”

The competition is held annually in Montreal, Canada. Hundreds of MBA students, representing business schools from more than a dozen countries, compete for a first prize of C$10,000.